It doesn’t take a lifelong philosopher to think of the idea that life is a series of moments all strung together and some are seemingly more meaningful then the next. However, the head fake here is maybe they are all just as important as the next.

Case in point: Just last week it seemed the Rockies were on the verge of taking the division, coming back from the largest deficit in league history to do so. It seemed 151/2 games out in early June would cement the Rockies ’09 season. Why shouldn’t it?

The bullpen was terrible the offense was anemic. Morale was the lowest I had seen it the entire season. Anger and frustration could be seen in every at-bat.

I was driving to Houston wishing the Rockies could just put together a few wins. I would come back to Colorado blown away by the amount of success the team would have on that road trip. 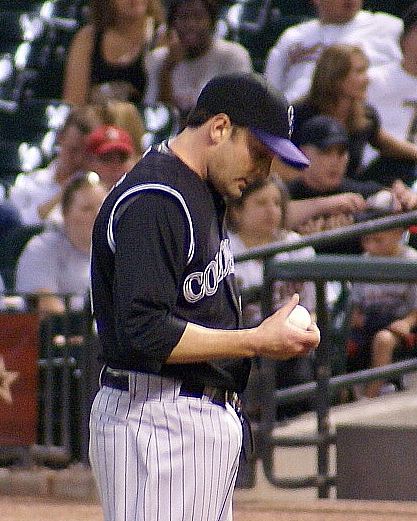 The Rockies hope of a closer ironically, named Huston Street, would say something that would stick with me I think forever. I’ve said it before, but before that game I asked him if we were going to win tonight. “We’re gonna try,” he replied. In that moment it was almost as if defeat were expected. Do or do not. There is no try.

This was a defining moment. The Rockies could have packed it up and in. I had lost my bet for the series and just wanted to leave Houston with some pride intact. The guys in the clubhouse were playing for their own reasons. The Rockies could have lost the entire series in Houston, instead they opened up the flood gates and took the final game on their way to St. Louis.

Who knows what series of moments changed the momentum in that clubhouse. The Rockies would go on one of the longest streaks in Major League history and get little to no recognition at all.

Last week, it seemed those series of moments had changes a lot of people’s minds. I overheard national media being asked if the Rockies had any chance of overtaking the Dodgers. They were four games ahead in the Wild Card and they were only three games behind the boys of Los Angeles. All of sudden I knew things had changed. The tide was coming in rather than flowing out. The talking heads all agreed the Rockies had the power and ability to overtake the division leaders.

From the last place kids to being considered one of the most complete teams in the National League. I chuckled, because I have said it since before the season started, this team was loaded and cocked and would surprise a lot of people. But good teams win when it matters no matter what obstacles they face.

We lost our number one pitcher to injury and too many others too mention in the bullpen. But good teams win when it matters. No matter how cliche or redundant that phrase seems it’s the truth. The thing is we are all our own team. So those series of moments that we follow so closely in baseball are just the same in our own lives. You may be a last place laughing stock today, but with the right decisions and positive moments in hand you might just find yourself knocking on the door of first place.

The Rockies just choked down a five game losing streak and no longer have the lead in the Wild Card. They are now six games out of first and the future looks bleak. History might say the Rockies will pack it in soon enough and all is lost. Most people have come to expect that underachieving nature of this franchise but therein lies the beauty of the moment. Nothing is decided yet. So what if people doubt you and look for you to fail. You have the ability to prove them all wrong and maybe even yourself. The Rockies have the opportuntity to knock the idea of underachievers out of all the doubters minds.

Time will tell, but be careful in the decisions you make because each may be even more important then the next…Just a series of moments hopefully more good than bad.