If you are a Rockies fan, lately you know how the team has been doing. Although there are some bright spots, there’s a lot of at bats like these. Watch the ball and batters eyes in each of these plays. It says everything of late.

That’s a strike that blew by. And some more like these. 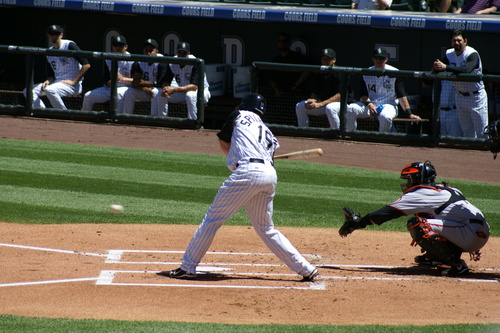 More of the same. Low balls being swung on equals no offense.

Strikes right down the middle too.

No hits, no runs to back up pitching that’s not been top notch the last two games. 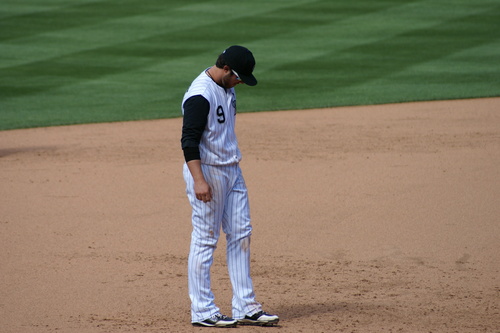 And having 2 errors and a total of four really poor plays at third that let runs score, can make for loneliness in the infield.

Somebody has to break the streak and start scoring runs and lasting through the 5th inning and 86 pitches.

When Did Kelly from The Bad News Bears make the Pros? 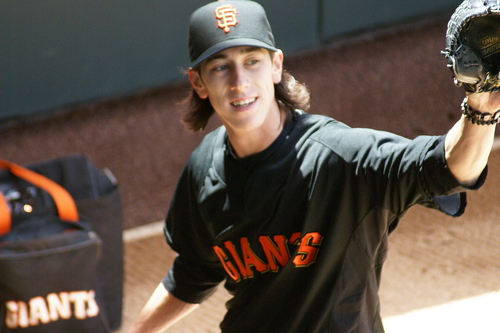 Tim Lincecum looks like he should be pitching in high school. I will say the guy seems like the coolest person he could be. After workouts, he made it a point to sign every autograph and take pictures with fans who were waiting for him.

I hope to see him at work on the mound soon and it will be interesting to see how his career turns out.

Until then I’ll still crack up how small and young this guys looks but what devastation he can bring to opposing hitters. You really have to see this kid in real life to see what I mean.